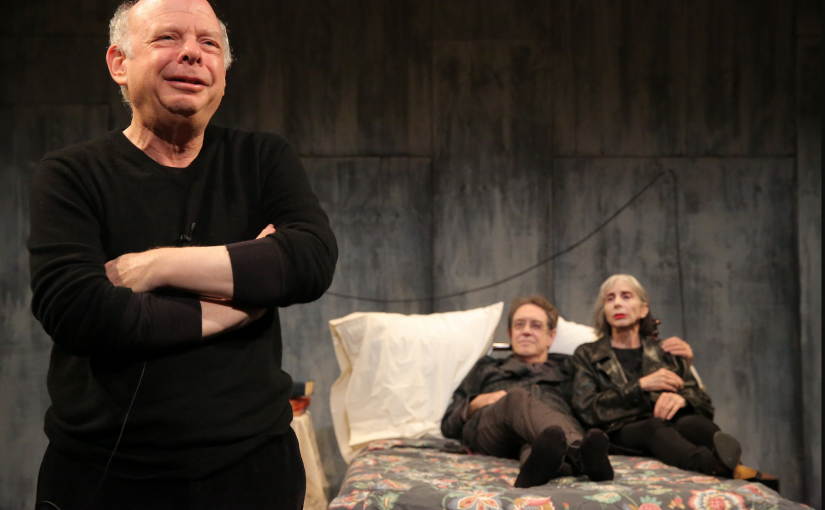 Bruce has been making sound and music with Wallace Shawn and Andre Gregory since 2000 this very dark vision of a free society slipping into totalitarian nightmare. It has been performed in many versions during the presidencies of Bush, Obama, and Trump, each time the zeitgeist Wally Shawn’s script is more devastating, and Andre’s direction sharpens the contours. Here you can listen to the entire radio play on WNYC.

Typical of productions with Wally and Andre, is a very long rehearsal process, sometimes years in the making. This photo is at the opening of Wally’s “Grasses of a Thousand Colors” in London at the Royal Court Theater.