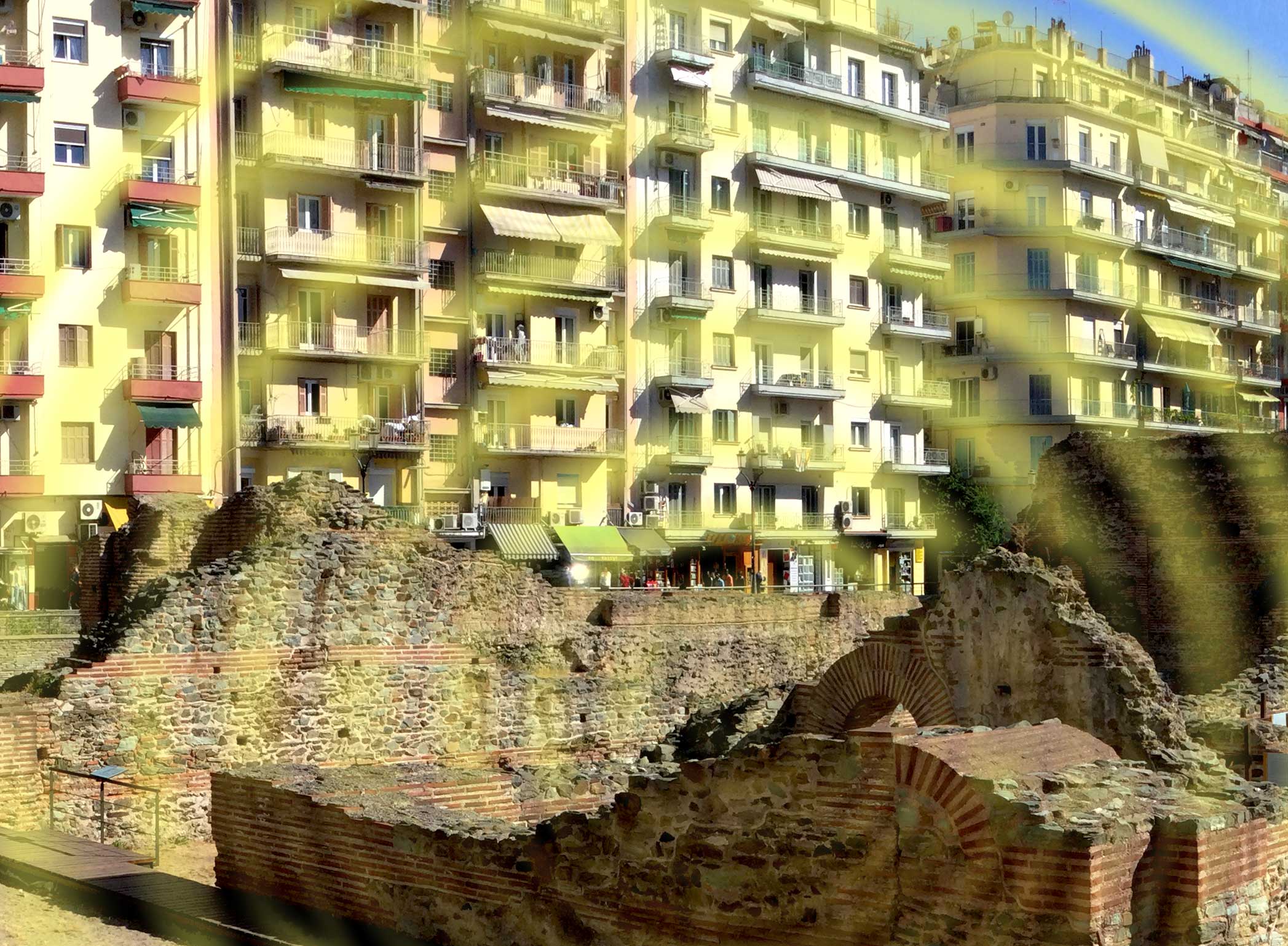 Tuning the Ruins played in the ruins of the Palace of Galarius, an emperor who once ruled all of the Roman Empire. Today the ruins sprawl three blocks in between 60s and 70s apartment buildings. O+A used this contrasting of modern and ancient in their music.

The surrounding city of Thessaloniki makes sounds from the contemporary economy: traffic, jets, motorcycles, etc. All of this was tuned to harmonic filters resonant throughout the roman ruins.