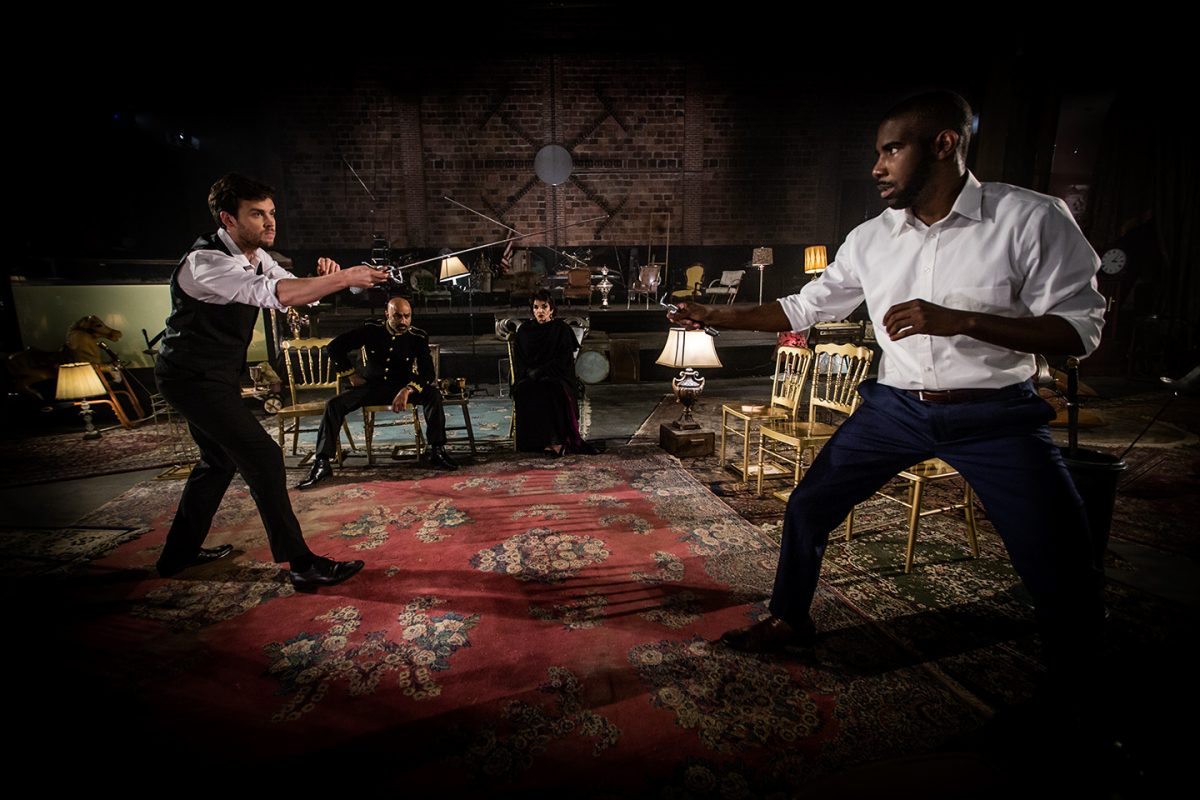 by Elizabeth A. Harris

Hamlet is in a bathtub with water up to his neck delivering “To be, or not to be.” Look to your right and you’ll see his mother, Gertrude, in her bedroom putting on makeup. Look in the distance, and you’ll see Laertes, practicing with his sword.

And if you look to your left, you will see your own reflection in a gilded mirror. You will appear haggard, bloody, ferocious and, in fact, dead. Because in this virtual reality version of Shakespeare, you are the ghost of Hamlet’s murdered father.

That version, “Hamlet 360: Thy Father’s Spirit,” is a joint production of two very different outfits: Commonwealth Shakespeare Company, which is known for staging free Shakespeare on Boston Common, and the tech giant Google. Its creators hope that beyond the fresh experience it provides, it will also serve as a tool to bring great theater to wider audiences — and bring bigger audiences to theater.