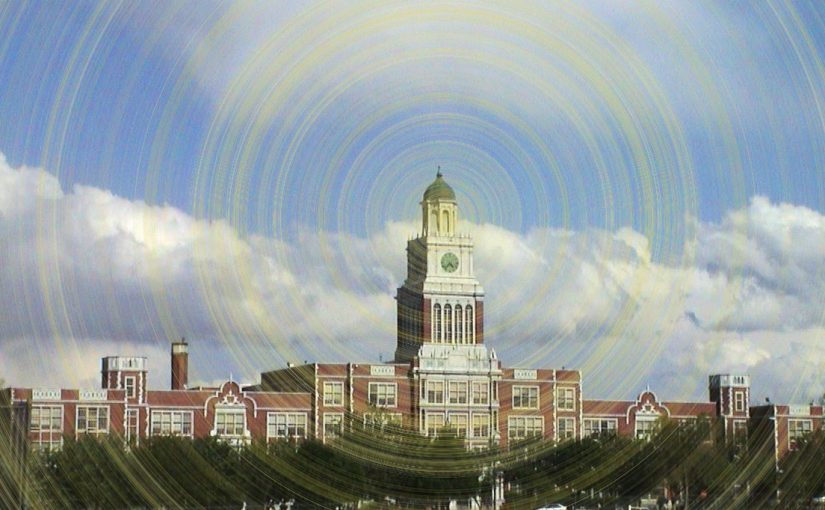 In 1977, Bruce Odland created a four-channel sound installation in the East High bell tower. He sent a cloud of resonance and music over the Spree Festival of the Arts in Denver, Colorado.

The sounds were recorded at The TANK – an abandoned water tank in Rangely, Colorado – one instrument at a time on a Nakamichi 500 cassette machine. This was the first recording project in The TANK which later became a center for sonic arts.

Four Klipsch La Scala speakers, donated by Listen Up, were brought to the tower and oriented to the cardinal points. Chimes of various resonant sounds were played on the hour. Sun Song played at the beginning and end of each day.

In these days before Sound Art, it was called a Musical Sculpture.